Why caring for a rescue dog is such a pleasure and why we offer discounts for adopted pets.

We recently cared for a beautiful little Staffie called Jenson and it turns out that this little fella is quite a celebrity! Having just received a five-star review from his owner, we have learned that he was recently featured in Paul O’Grady’s programme ‘For the love of dogs’, where he was looking for his forever home. 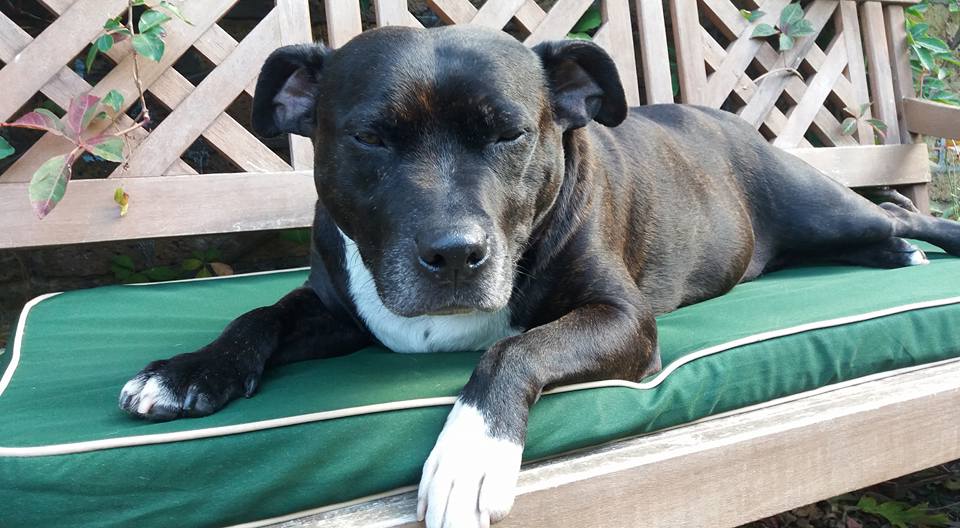 Jenson enjoying his bench in the garden.

Andi, his Pet Nanny, had already featured Jenson on her Facebook page, having become totally smitten.

He was adopted by his now owner Kate, after only two weeks fostering and at the princely age of 8 ½ is still as spritely as ever.

When Kate came to us looking for the ideal pet sitter, she explained that Jenson was adopted, but there was little information about him. She knew that he had two previous owners and discovered that he was not keen on cars, could not be left alone without destroying the furniture and barked quite a lot!

Jenson was featured in episode 5 in October 2016, when Paul was seen taking on the role of doggie masseur. Jenson has suffered accidental, permanent scarring on his back, which had left his skin dry and itchy. Jenson was really struggling with kennel life, until he found his forever home with our client Kate who initially foster him before falling for his charm.

Both Andi (his Pet Nanny) and his owner, have both said that he is a complete star. He now loves his car journeys and has shown no desire to shred the furniture, in fact he is a glowing testament to the real nature of a Staffordshire Bull Terrier and not the demon dog that some of our media would have you believe!

There are so many advantages of adopting a rescue pet and Jenson is a shining example of the joy they bring into our lives. Not only are you re-homing a pet, you may also be saving the life of another by making room. They say that you cannot buy love, but you can buy it from a rescue centre! 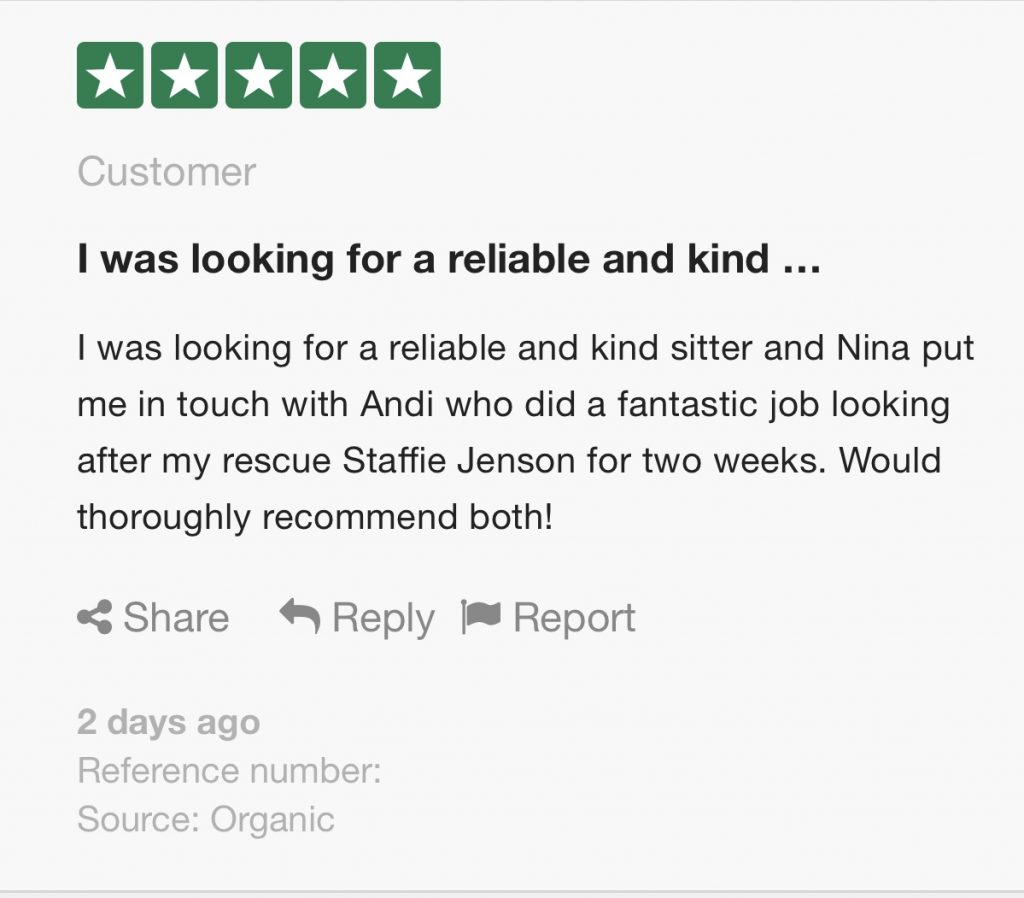 We would thank to thank Jenson’s owner Kate, for the wonderful review left on TrustPilot We so appreciate client testimonials and the fact that they take the time to show how much they and their pets have enjoyed our service speaks volumes about our service.