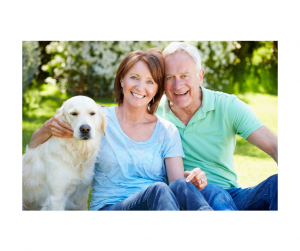 Do you love pets?

If you are an animal lover with at least fifteen years caring for domestic pets, live-in pet sitting could be the ideal job for you!

In order to join our award-winning team, you need to answer yes to the following:

If you have answered yes to all the above questions, we would love to hear from you.

Nina’s Nannies for Pets have a team of mature, responsible people working either alone, or as a couple.  Our priority is first and foremost the care and welfare of clients pets and maintaining home security.

We are unable to consider people who already have work commitments, or pets of their own, since they cannot accompany sitters on assignments.  For full details please visit Become a pet sitter 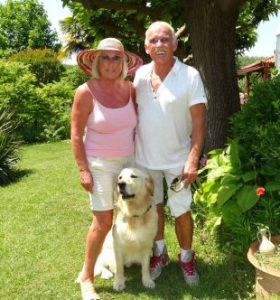 In my eighteen years working in the pet care industry, I have seen a massive increase in the puppy farming industry.  As demand for cheaper, pure bred and designer puppies increases, this despicable trade booms and the last year we have cared for numerous puppies who were purchased cheaply over the internet, from newspaper adverts and in some cases pet shops.  All with fake documentation. The majority required immediate veterinary treatment, while others died from preventable diseases such as parvovirus, indicative of the puppy mill industry.

By purchasing these pups, you might be removing them from a squalid life, but no thought is given to the mothers of these sick puppies who languish in cramped spaces, never seeing the light of day or feeling the comforting touch of a human hand.  They are breeding machines, with little or no recovery between litters and when they can no longer reproduce, are often killed.

I remember Lily, a Cocker Spaniel who was purchased from an online advertisement.  Our client had suspected that she was a breeding bitch since she was not house trained and was petrified of open spaces.  When I first met Lily she was unresponsive and had very little interest accept for her owner, whom she followed everywhere.  It was heartbreaking and took many visits before she would even acknowledge me, but the breakthrough, when it came, was almost euphoric.  I entered the property as normal and called Lily’s name.  Usually it took a few renditions of Hello by Lional Ritchie, before she would lift her head from a sleeping position, but that day, there was a slight wag of her tail and a little light in those dark brown eyes that made me believe that she was slowly emerging from her shell.

In the three years of walking Lily, she would never show the exuberance of a ‘normal’ dog, but slowly, over time, a bond was formed.  Lily was shy with strangers throughout the remainder of her life, but she became the most loving of dogs and completely devoted to those within her family unit.  Sadly the family moved out of our area, but kept in touch until we were informed  that she died a couple of years later.   Lily was one of the lucky ones.  She made it out of her prison and was given a chance.  She absolutely adored her saviors and her loyalty knew no bounds.

So how can we put an end to puppy mills?  NEVER buy a puppy/dog from an online or newspaper or advertisement.  Do NOT buy from a pet store and if you suspect that a neighbour, or someone you know is involved in the puppy mill trade, report them immediately to the RSPCA.

The only real way to shut down puppy mills is to stop the demand.  Did you know that virtually every breed has a rescue, so if you really must have a pure bred puppy or dog, contact the Kennel Club, who will direct you to the right organisation.  These societies are completely dedicated to re-homing pedigree dogs and by adopting this way, you are quite literally saving lives.  For every empty kennel in rescue, or with a foster carer, there is another dog waiting to be re-homed.

I also find it extremely frustrating that some people see adoption centres as full of problematic dogs.  Pets in rescue should never be tainted, as those with behavioral problems!  Let me assure you that this is largely untrue!

Nearly 45% of our clients have pets adopted from shelters and not one has proved problematic to our pet sitters.  In fact, they are loving, faithful and devoted to their owners and form close bonds with their sitters.

We have also helped to re-home clients pets, who have been the result of a marriage breakup, where clients have moved out of the country and been unable to take their pets with them, or a change in circumstances which has seen them unable to continue care for their animals, so please do not attach a stigma to pets that end up in rescue.

Far from being unadoptable, they make the most wonderful pets  and a good rescue organisation will temperament test and offer training were necessary.  They will also be fully assessed, health checked, micro chipped and spayed or castrated before going out into their new home, so please give them a chance

In September of last year I was busy working in the office, when I was alerted to the distressed call of a Jackdaw.  We have rescued all manner of animals over the years, including wildlife, so I am particularly attuned to distress calls!

Upon closer inspection I could a little black figure huddled under our ivy in the garden, trying desperately to defend himself from a mob of Blackbirds and Starlings.  His injuries were horrific.  His head was sore and bleeding from an open wound which looked as though it had been there for some time. His eyes were shut tightly and he was barely moving.  So appalling were his injuries that I wondered if this poor little fellow was beyond help, however it was obvious that he would die without immediate treatment and he was extremely vulnerable to further attacks, so I knew that his only chance would be to seek immediate help.

We are extremely lucky to have the Bedfordshire Wildlife centre on our doorstep, so I gathered the bird in a towel and popped him into our cat basket, hoping to cause the least stress as possible.   I had previously driven wildlife casualties to Tiggywinkles in Buckinghamshire, but had since been alerted to Sam in Houghton Regis, who has been involved in animal welfare for many years and runs the charity from a small set of treatment rooms at her home in Houghton Regis.  When we first met, it was obvious that if anyone could pull this little fellow through Sam could!

She shared my concern but her optimism was contagious and having made a donation for his care, I returned home feeling cautiously optimistic.

We kept in touch via twitter and as the days turned into weeks his progress albeit slow, seemed ongoing and some five months later and armed with a boot full of old newspapers, I returned to find a completely different bird.  Sam informed me that he was blind in one eye, but he was completely unrecognisable from the forlorn little creature I found huddled at the foot of our ivy.

Sam felt sure that he had previously been a pet that someone had become fed up with and decided to release!  The reason being that he had first been so tame and relaxed with her presence.  She also went on to explain that this was becoming less and less the more time he spends with other Jackdaws. He also had a pre-existing long term injury to a wing which was not as a result of this attack by the other birds!

He now shared an aviary with another two Jackdaws and a Magpie, whom Sam is hoping to release in the coming weeks.  Our bird however, could never be released since his is partially sighted and the injury to one of his wings, meant he could no longer survive in the wild.  After watching him interact with the other birds, Sam showed me around the centre.

There were two young squirrels that were awaiting release, several recovering pigeons and a baby dove that was handed in while I was there.  This was placed carefully into an incubator with a fully grown dove, who immediately cuddled up to the youngster as if knowing  it was desperately in need of their care.

Sam truly is an inspirational lady and her devotion is plain to see.  I left the centre with a couple of hens clucking around my ankles, safe in the knowledge that injured or orphaned wildlife would always have a place in Sam’s centre and heart.

Firstly I would like to wish all visitors to this blog, a very Happy New Year.

We have just experienced our busiest Christmas to date and I had almost forgotten to mention an article which appeared in ‘Our Dog’ website regarding Luika’s hydrotherapy.  The link is as follows http://www.yourdog.co.uk/

Luika at last has an appointment with a Specialist on Monday19 January and I will of course, let you know how we got on.

I am now finding twitter a really useful tool for updates and keeping an eye on the outside world.

Pet sitting can be a lonely job, spending the majority of your day behind a desk, taking calls and liaising with your pet sitters.  No matter how many hours in the day, there is always a job that remains half done, or one that is first on the list tomorrow!

As a keen Liverpool Supporter, I have been following Steven Gerrard and LFC on twitter, along with Dogs Trust and various other people.  Why not take a look www.twitter.com/Petnanny1

Goodness, I have just remembered that it is Luika’s birthday on Sunday.  I cannot believe that he is nearly a year old.  Doesn’t time fly!  Actually, he is due for a bath, but I would hardly call that a birthday treat!  Perhaps a walk along the canal at Tring reservoir may be in order, and for afters, a nice big doggie treat.  What do you think?  All suggestions gratefully received.