There is a hidden side to greyhound racing which race goers will never see. This includes painful injuries; kennels not fit for purpose, lack of socialisation and wanten neglect to name but a few! 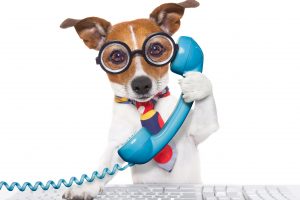 This money driven industry with its poorly maintained tracks, cause frequent injuries to these beautiful dogs and thousands will die or vanish each year that are deemed ‘surplus to requirements’.

In 2010 Government regulations were introduced to address these problems, but The League Against Cruel Sports states that they are woefully inadequate.

As a result of over breeding and the demand for better performances, dogs that do not make the grade are cruelly disposed of, with their ears sliced off to prevent identification, then shot with a bolt gun and some are sold for experimental purposes. Such a cruel and bloody end for dogs whose only crime is being ‘unfit for purpose’!

Greyhound racing remains big business, where profit is put above animal welfare and of course while the Government continues to rake in taxes, there is little hope of a change.

There is an old saying within the racing fraternity, ‘You bet, they die’, sadly true of such a barbaric sport.

People who patronise these races, are quick to point out how Greyhounds love to race, but there is no freedom of choice on the racetrack. These dogs can reach speeds of up to 40mph and if they collide at full sprint they can receive such horrific injuries that they have to be destroyed.

Sadly, an early death is the fate of most dogs born into the racing industry and due to the vast number bred each year it is impossible to re home them all. So until people wake up to the reality behind the traps, they will continue to suffer!